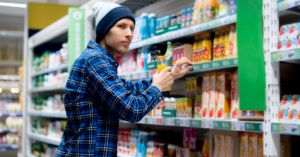 One of the many lawyers who refers cases to our office called and said he would like to discuss a matter that involved a shoplifting issue. Apparently, two Dominican nationals (husband and wife) were charged with shoplifting at a New York City department store and were hustled into a back room by a security force. Frightened, and not knowing what was happening, the Dominican man yelled, “What’s going on?” In response, one of the security guards rang out, “We’re charging you with shoplifting.” In the room of the store, the door was shut and locked as the two frightened Dominicans were closely guarded by three security guards. Within minutes, the door swung open and a young man dressed in a business suit entered with an electronic wire coming out of his ear. Despite the protests of the Dominicans, he emptied the contents of the bag containing the goods, seized the wallet of the Dominican man, grabbed the handbag of his wife, turned it upside down with its entire contents spilling out over the top of a table.

Terrified, the Dominican man screamed out, “Everything there was paid for. What are you doing to us? There’s the full receipt right there on the table.” Upon close inspection, the young man checked the receipt. Every item had indeed been paid for. The initial problem was that one of the items still had the electronic security tag, which the cashier failed to remove, causing the alarm to sound when the Dominican couple were leaving the store. Having established the truth of payment, combined with the carelessness of the cashier, they demanded that they be allowed to leave, but were told they would have to wait until the chief of security returned from lunch. Held against their will for over an hour and a half until the chief returned from lunch, they were finally allowed to leave. It appears that cashier errors in failing to remove security tags was not a rare occurrence. When those unfortunate events occurred, it was the store’s practice to offer a gift certificate in the amount of a few hundred dollars.  In those cases in which “shoplifting” customers retained lawyers, the store would usually offer a few thousand dollars.

The Dominican man, who I will call Mr. Santos, reported that the department store incident occurred several years before he ran for president of the Dominican Republic, but lost to a popular incumbent.  We were struck by his narrative as we began to visualize an overall strategy that could be employed in a courtroom.  As he told his story, he stated that during his campaign for the presidency, thousands of leaflets had been dropped from single engine planes over major Dominican cities. They headlined, “Santos Arrested For Shoplifting In New York City.” Negative stories also appeared in the Dominican press accusing Santos of being a thief.

Hearing what was told to us, and more, and hearing two very believable people, our instinct took over as we immediately saw a different kind of trial. We told Mr. and Mrs. Santos that we would accept the case. Their screams of joy were loud enough to be heard in Santo Domingo. The strategy…

We had to locate an expert on Dominican Republic history who could act as our narrator to a jury. And we found him! Within two days, we located a professor (who I’ll call Professor Diaz) who had a PhD and taught a course on Dominican studies at one of the universities in New York. After conferring with him, we were pleasantly surprised to hear that he already had a fair knowledge of who Mr. Santos was, his accomplishments, and his reputation within the Dominican community. We engaged him as an expert to do intensive research by digging into the Dominican archives in order to prepare for his testimony.

The trial date arrived, a jury was selected, and Professor Diaz was on the witness stand. Our strategy was to focus on Santos, the man, rather than on Santos, the victim of a careless department store cashier. There was no issue regarding how disgracefully Santos and his wife were treated by the store security personnel. The jury would have little difficulty in returning a small verdict on their behalf. But now, our focus was upon who Mr. Santos really was, and the loss of reputation he suffered in the Dominican Republic as a direct consequence of the store’s wrongful conduct. Since “creativity is the mother of invention”, what at the outset looked like a garden variety case in which the store had offered a few thousand dollars in settlement, would now be presented to the jury as an international affair with all of its historical interest and intrigue.

As the jury leaned forward in their seats toward Professor Diaz on the witness stand, they were primed by the fascinating life story of Mr. Santos which they were about to hear. And it was a doozy!

For two days, Professor Diaz provided intimate details of the rise of Santos, the son of a peasant farmer who became a candidate for the presidency of the Dominican Republic. It was an extraordinary human-interest story. In finite detail, the jury listened with awe as they heard how a young Santos enlisted in the army; rose up through the ranks; was the victim of a political arrest by the then Dominican dictator Raphael Trujillo; jailed without a trial; spent years in prison; how upon his release he organized thousands of peasants giving them a voice of protest they never had; how he was appointed to the police bureau; how he rose through the ranks to become the Chief of Police; how he was appointed by the President to spearhead an armada of sailing ships to Spain replaying in reverse the exploration by Christopher Columbus of the Dominican Republic in 1492; how he was greeted by Francisco Franco, Spain’s military dictator and presented with Spain’s highest honors; and how he was even knighted.

The startling narrative continued with a gripping historical back-story describing each event. The jury, and even the judge, were glued to their seats as Professor Diaz related drama after drama that had been compiled from the Dominican archives. Each account was so immersed in human interest that any by itself could have served as the plot of a thriller movie. When finished with his testimony, the jury viewed Santos in a completely different light, which of course was the planned strategy we crafted from the start. In addition, we claimed also that the loss of Mr. Santos’s reputation was irreparable, an added factor that cost him the election of President of the Dominican Republic.

When the trial was over, the jury was sent out to deliberate its verdict. Where the department store offered a few thousand dollars in settlement, the jury returned a verdict in the sum of $1 million, the highest verdict ever recorded in New York in a shoplifting case. The case and verdict were reported in the New York Times, as well as other New York media sources. End of story!

At Finz & Finz, P.C., we thoroughly investigate and analyze the facts and circumstances surrounding every case in order to develop a legal strategy that will connect strongly with a potential jury. By doing that, we are able to help maximize the financial outcome for our deserving clients. If you think that you have a personal injury, medical malpractice or product liability case, please contact us for a free case review today.