Verification ×
Skip Navigation
Home Blog How Will I Pay For Medical Treatment After A Hit and Run Accident?

How Will I Pay For Medical Treatment After A Hit and Run Accident? 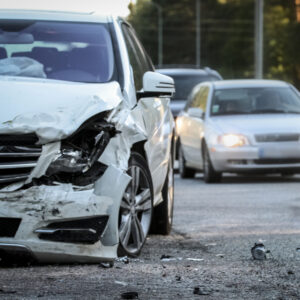 What To Do After a Hit and Run

If you have been in a hit-and-run accident, there are several steps you should take directly after the accident.

Although it is illegal in the state of New York for the at-fault driver to flee the scene of an accident, many drivers still do it. If you’ve been in a hit and run, you may wonder how you’re going to pay your medical expenses, cover your lost income, and pay for repairs to your vehicle. Because New York is a “no-fault” state, there are other options available to you.

To register a vehicle in the state of New York, you are required by law to have at least the minimum amount of the following types of insurance coverage:

No-Fault Personal Injury Protection Coverage – If the hit and run accident results in injuries to you or passengers in your vehicle, then you can use your no-fault personal injury protection coverage to help cover the cost of medical expenses for those injuries. Drivers in New York are required to have at least the minimum coverage, which covers up to $50,000 per injured person. This type of coverage does not cover costs such as damage to your vehicle and non-economic damages like pain and suffering. It provides coverage for:

Depending on how limited your policy is and how extensive your injuries are, it is possible that your coverage will not fully cover your injuries or the injuries of your passengers.

In order to maximize the compensation you receive through your no-fault personal injury protection coverage, you’ll need to submit an application with your insurance carrier and do so within 30 days of the accident. In order to receive compensation for lost wages, you’ll need to provide additional documentation from your employer showing a loss of income.

What if you don’t have insurance and fall victim to a hit-and-run accident in New York? The good news is that you can still seek compensation through an indemnification fund called the Motor Vehicle Accident Indemnification Corporation, or MVAIC. You can only qualify for this assistance if you were the victim of a hit and run, your vehicle was uninsured, and/or your vehicle was stolen and you were denied coverage. MVAIC also requires that you:

To meet the eligibility criteria for compensation through MVAIC, you need to take several steps directly after a hit and run accident.

Filing through MVAIC can be complicated, but if you’ve been in a hit-and-run accident, you deserve to be compensated for damages caused by the accident. You should consider working with a knowledgeable attorney so that you don’t make any errors in your application that might cause your claim to be denied.

If you were injured in a collision with a driver who fled the scene, contact a New York hit-and-run lawyer at Finz & Finz, P.C. on Long Island right away for help. Our skilled car accident attorneys could help you seek compensation, either by locating the at-fault driver and holding them accountable or by assisting you with getting the money you deserve from your own insurance policy. Contact us at (855) TOP-FIRM or reach out to us online for a no-cost consultation.