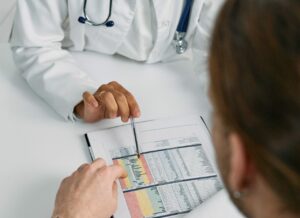 Given these events, our firm, by a motion drafted by Appellate Attorney Benjamin P. Jacobs, sought sanctions from the Court for the pediatrician’s failure to preserve the original medical chart. Under New York law, parties have an obligation to preserve relevant documents once it becomes apparent that litigation is a possibility. We demonstrated that, as a health care provider, our client’s pediatrician was bound to preserve medical records for at least six years, and in fact had to preserve the records even longer because our client was a minor (under the age of 18). As a result, our client’s pediatrician was bound to maintain the records until well after the litigation commenced. A failure to comply with this law, whether willfully or through negligence, can be sanctionable.

Although the motion was aggressively opposed by the pediatrician’s counsel, on April 21, 2021, Judge Edward McLoughlin ruled in our client’s favor. Judge McLoughlin agreed that the failure to preserve the chart created an unfair advantage for the pediatrician, and ordered that at trial an “adverse inference” instruction shall be given to the jury.  This means that at trial the jury will be instructed that the pediatrician negligently failed to preserve the original chart, and that the jury is permitted to conclude that if the original chart had been preserved, it would have supported our client’s case and/or undermined the pediatrician’s defenses.  As a general matter, an adverse inference instruction is a very valuable advantage to have at trial, and one that is often challenging to obtain. In this particular instance, our dedicated team successfully transformed a potential weakness in our client’s case (the absence of the original medical chart) into a strength as we prepare for trial.