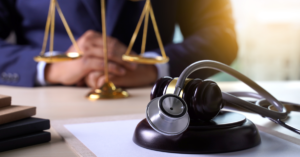 In military talk, the term “GI” refers to a soldier. In medical jargon, “GI” refers to the gastrointestinal tract. This article salutes the GI tract.

So, what is the GI tract? What is its function? What could go wrong? Let’s begin with the “What.” The GI tract starts at the mouth. Food is chewed, the salivary gland is alerted and the journey is on its way. A long connecting tube that looks like a garden hose is the esophagus. This structure keeps the chewed food mass within its walls as it travels down to the stomach. The food mass is the fuel that nourishes the cells that make up the human body. The stomach with its own juices and enzymes is activated and continues the digestive process that nature, the human architect, has designed.

The next stop is the passage through three small intestines, mostly responsible for the digestive process. The first one is called the duodenum. The next is the jejunum. The third is the ileum.  Each small intestine plays a significant role in breaking down the food mass. Through the process of absorption, commonly known as osmosis, the nutritional components of the digested food mass find their way into the bloodstream – nature’s human rivers and streams that circulate throughout the body, nourishing the cells of the miraculous human machine.

The trip downstream continues. Passing through the ileum (the third small intestine), what remains of the original food mass enters the large colon. Simply stated, there are three components: the ascending colon, the transverse colon, and descending colon. If stretched out, the entire colon would measure between five and seven feet in length. It acts like a trashcan until the food mass is moved along by muscular contractions in the upper GI tract, in what is called peristalsis. When moved, the remaining food mass passes through the sigmoid colon and enters as waste to be eliminated through the rectum and anus.

The GI tract has now been described in a most basic manner. So, what does all of this have to do with colon cancer, early detection, and medical malpractice? Here’s the scoop!

In a certain percentage of individuals, small clumps of cells called polyps form within the linings of the colon or rectum, where the remaining food mass sits while it waits to be moved as waste through the rectum and anus. There are various reasons as to what causes the growth of polyps, but that must await another article. Depending upon the size, these polyps can be harmless or pre-cancerous. If undetected, small polyps, also called adenomas, can grow and develop into advanced cancer (carcinomas). Sounds ominous? Yes, but it takes more than fifteen years for small polyps (adenomas) to develop into cancer (carcinomas). Where does the danger lie? If small polyps are ignored or left unattended, cancer cells can develop. The primary, vicious, and nefarious purpose of cancer cells is to attack the colon and rectal walls with the intent of breaking through the protective linings, thus giving them free reign to spread out and destroy defenseless vital body organs. Once accomplished, the spread (or metastasis) can be deadly, with the strong likelihood that the victim of the assault will at some future date succumb. That’s the bad news!

The good news… early detection of carcinoma within the walls of the colon can be treated by surgical intervention. And when that is accomplished, unlike other cancers, the patient is cured!

But how does one know if there is a small or large polyp, or even a cancerous polyp, within the colon? Warning signs can be sent through the body’s bowel movements – the shape and color of stool. However, the gold standard in providing vital information to the MD is the colonoscopy, in which the GI doctor can visualize the colon and rectal linings and note the presence of polyps and their size. Thus, it is imperative that at about the age of forty-five, a colonoscopy should be performed. Further, if there is a history of colon cancer within the family, a colonoscopy should be administered even at age thirty or thirty-five, according to current scientific literature. Overall, since a polyp grows very slowly through the years, a patient has at least a fifteen-year window within which to have a colonoscopy at the appropriate age, with a repetition as recommended by the GI doctor. But it falls upon the MD to initiate the first steps in the colon cancer investigative process.

Unfortunately, however, there are instances in which the treating doctor will ignore the need of a colonoscopy, or where the GI doctor misinterprets the presence or size of the polyps within the colon during the procedure. Ultimately, if such medical failures result in colon cancer that breaks through the colon wall and attacks vital organs, medical malpractice has been committed.

Finz & Finz, P.C. has prosecuted medical malpractice cases involving the failure to properly and timely diagnose colon cancer for more than thirty-five years. Because colon cancer is slow-growing, early detection is the most important tool that doctors have to save lives and ensure a much-deserved quality for their patients. Unfortunately, we understand the tragedy that can result when a gastrointestinal doctor fails to timely diagnose colon cancer, and you can trust that our law firm will investigate the facts and circumstances surrounding that failure in order to help you and your family seek full justice under the law.