Most Common Causes of Bicycle Accidents in New York 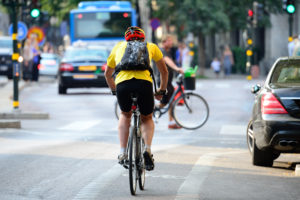 There is no doubt that cycling is a popular form of transportation and exercise throughout New York. In New York City alone, approximately 778,000 New Yorkers ride their bikes at least several times a month, while another 272,000 ride at least once a month, according to the New York City Department of Transportation (DOT). Although riding a bicycle is good for you and the environment, it can also put you at risk of accidents and injuries. In fact, according to the NYC Open Data Portal, a compilation of data from numerous New York City agencies, at least 3,835 cyclists sustained injuries or died in bicycle accidents in New York City in the past year. In addition, according to crash data published by the federal government, hundreds of additional cyclists across Long Island and Westchester have been killed in bicycle crashes over the last several years.

It is important to be aware of the common causes of bicycle accidents and ways to avoid them so that you can stay free from unnecessary injuries. In the event that you suffer an injury while cycling, and you believe the accident was someone else’s fault, you should not wait to contact a New York bicycle accident lawyer for guidance.

Each bicycle crash is unique, with its own causes and effects. Staying informed regarding the most common causes of bicycle accidents can help you prevent an accident before it takes place. 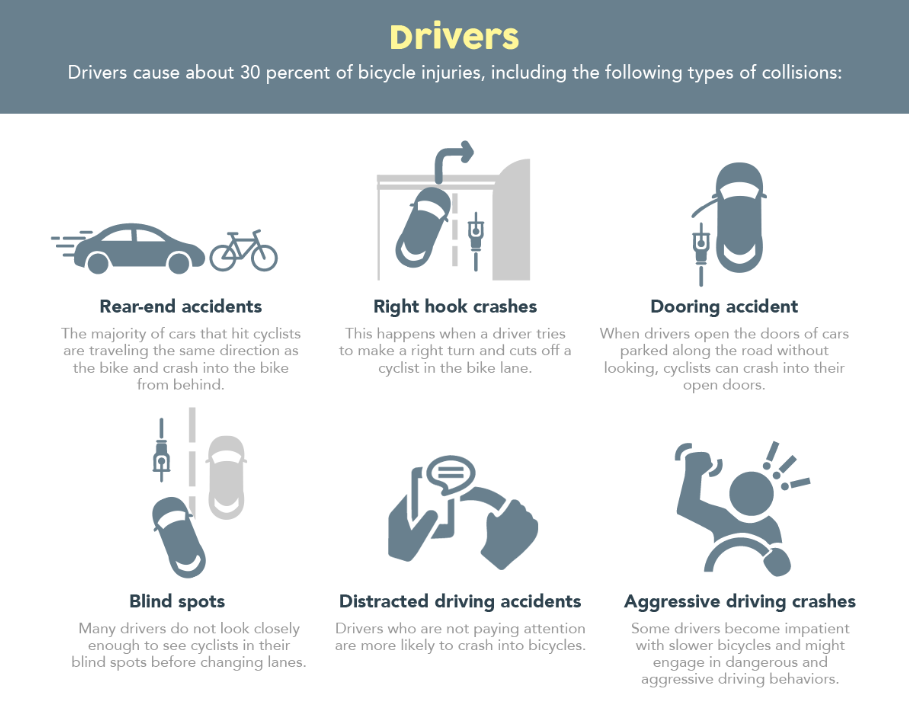 Almost one-third of injuries to cyclists happen due to the actions of motor vehicle drivers. When drivers are negligent and make mistakes or poor decisions on the road, they can collide with cyclists, run them off the road, and more. Some common types of collisions caused by automobile drivers include:

When negligent drivers collide with cyclists or cause cyclists to crash, they should be held responsible for the injuries and losses that result. 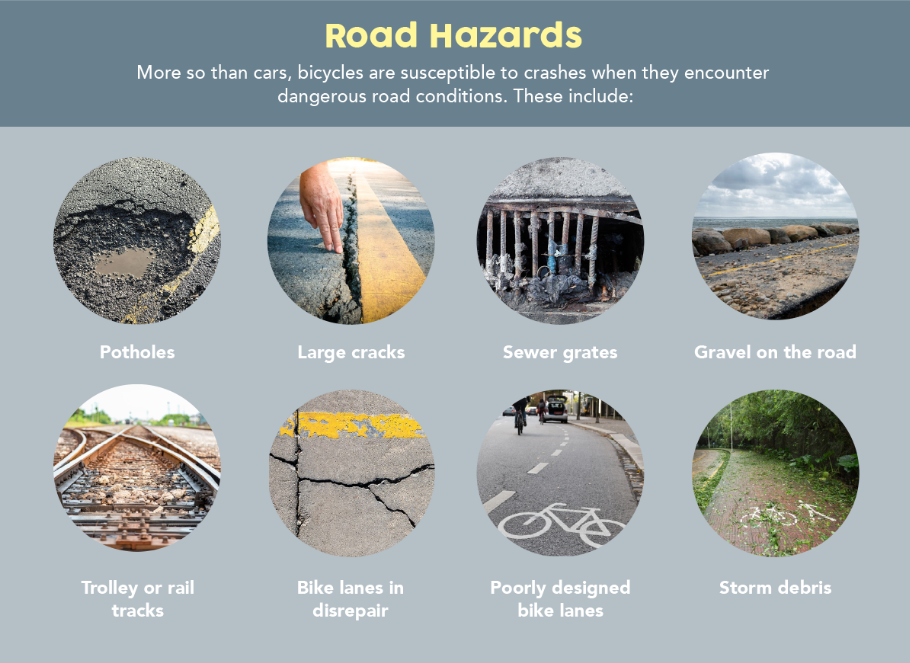 Motor vehicles can crash when they encounter dangerous road hazards, but cyclists are much more vulnerable to accidents in this type of scenario.

Road hazards that might lead to a bicycle accident include:

Automobile drivers are not responsible for all bicycle crashes, as some accidents happen due to road hazards and involve only the cyclist. When this happens, the company or agency responsible for road or bike lane upkeep might be liable for the accident and resulting injuries. 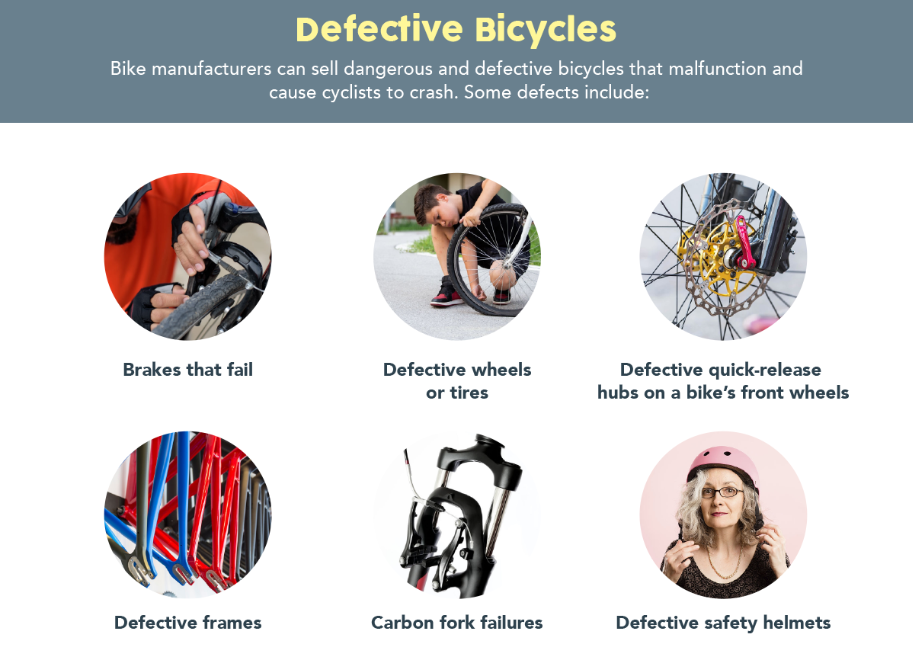 Sometimes, bicycle crashes happen for reasons not involving the environment, such as road or traffic conditions, and instead are caused by problems with the bicycle itself. Bike manufacturers are expected to design and assemble bicycles that are safe to ride and that will operate properly. Unfortunately, some companies sell bikes that have defects and can malfunction, often causing cyclists to lose control, crash, and experience injury due to the defective product.

Some common bicycle defects that might lead to accidents include:

When a defect is the cause of a crash, the manufacturer responsible for making and selling the bike should be held accountable.

While you cannot control the actions of others, there are some steps you can take to avoid a bicycle crash:

No matter how careful you might be, there is always the chance that you will still suffer an injury in a bicycle crash. If this happens, the best way to protect your rights is to first get the medical treatment you need, and then consult with a Long Island bicycle accident attorney as soon as possible.

Bicycle accidents happen in a second, yet the effects of a crash can change your life. It is important that any responsible parties properly compensate you for your losses, and you should have the right legal assistance to help ensure this happens.