Worst Intersections in NY for Accidents 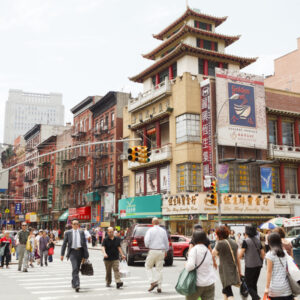 Earlier this year, Finz & Finz, P.C. posed a question on Facebook that sparked a conversation about the most dangerous streets and intersections in New York City. Unsurprisingly, New Yorkers had some strong opinions on the state of public roads in the Empire State.

Many respondents strongly asserted that all intersections in the city are risky.

However, others pointed to the following intersections as the worst in the Five Boroughs:

Most Dangerous Intersections by Data

After reviewing the input from our Facebook community, we reviewed data prepared by  the Insurance Institute for Highway Safety (IIHS), which supported those Facebook users who were concerned about the dangers of New York City intersections. According to the IIHS, nearly two-thirds of New York accidents occur in urban areas such as the city.

Additional data show the most dangerous intersections include:

How a NY Personal Injury Lawyer Can Help

If you were injured as a pedestrian or in a motor vehicle collision at a dangerous intersection in New York, the New York car accident lawyers of Finz & Finz, P.C. will help you by: