The Dangers of Fatigued Uber Drivers 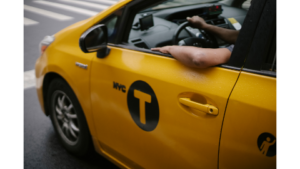 While rideshare drivers can choose when and how long they work, many choose to spend extended amounts of time behind the wheel each day to maximize the amount of money they make. The longer an Uber driver spends on the road, the more likely they will become fatigued. Driver fatigue has the potential to cause devastating car accidents and serious injuries.

If a fatigued Uber driver injured you while riding as a passenger or while driving your own vehicle, you could be entitled to significant compensation. It can be tricky to prove liability in rideshare accidents caused by fatigued drivers, and bringing a claim against Uber’s insurance policy can be even more challenging. That’s why it is crucial to hire an experienced  New York Uber accident attorney to handle your case.

Fatigue can significantly impact a rideshare driver’s ability to operate their vehicle safely. Similar to alcohol consumption, fatigue can cause impaired judgment, delayed response time, and an inability to focus on the task of driving.

According to the National Highway Traffic Safety Administration (NHTSA), 697 people were killed in car accidents due to drowsy driving in 2019. In 2017, the NHTSA notes that law enforcement reported an estimated 91,000 motor vehicle crashes involving fatigued drivers. Approximately 50,000 individuals were injured in those accidents, while about 800 people were killed. Drowsy driving is one of the most common causes of car accidents in the United States.

Driver fatigue is preventable, but many rideshare drivers who work extended shifts fail to get the rest they need.

Some of the most common causes of fatigue include:

Uber drivers who fail to get adequate rest and work an excessive number of hours are more likely to become fatigued on the job. The more days a driver goes without getting a full night’s rest, their “sleep debt” becomes greater. While short naps and caffeine can temporarily keep fatigue at bay, sleep is the only real “cure” for fatigue.

Warning Signs of a Fatigued Driver

When you’re getting into an Uber, it is essential to look out for the warning signs of driver fatigue. If your instincts are telling you that an Uber driver may be too tired to operate a vehicle safely, you do not have to accept a ride with them.

The best way to test whether an Uber driver is alert or not is to greet them and make small talk. If they seem disengaged or display any of the symptoms of fatigue, you could either reject the ride or ask the driver to pull over and let you out if you’ve already accepted the ride.

Some of the most common signs of a fatigued driver are:

Uber drivers often work during “peak” hours later in the evening when bars and restaurants close, during hazardous weather conditions, and on holidays. Uber implements “surges” during these especially busy periods, and many drivers jump at the opportunity to make extra money. Unfortunately, these drivers are also more likely to become fatigued.

Who is Responsible for Compensating Me After an Uber Accident?

New York is a no-fault auto insurance state which means that most car accident victims will turn to their own insurance to pay for medical expenses and lost income if they are injured. However, if you suffered a severe injury, you could potentially bring a third-party claim or lawsuit against the at-fault party, which would allow you to recover additional, non-financial damages, like pain and suffering.

The status of the Uber driver plays an essential role in determining who is liable for compensating you:

Uber drivers are classified as independent contractors, so Uber may not be quick to accept liability if one of their drivers causes an accident. They could argue that because their driver is not technically an employee, they are absolved of any responsibility. You might need to turn to your New York personal injury policy (PIP) first since PIP should provide you with immediate coverage regardless of fault, up to your policy limits.

If Uber’s insurer refuses liability, or if your own no-fault insurance company fails to process your claim promptly, you might need to get an attorney involved. An experienced Uber accident lawyer can help you identify all potential sources of compensation and pursue the settlement you deserve.

If you were injured in an accident caused by a fatigued Uber driver, contact the Uber accident attorneys at Finz & Finz, P.C. Our lawyers have extensive experience helping people just like you seek the compensation they need to get their life back on track after an injury accident. Call us at 855-TOP-FIRM today for a free consultation.