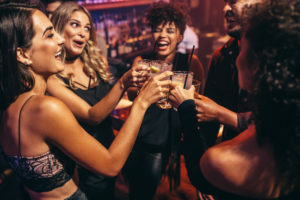 Each year, many New Yorkers look forward to celebrating New Year’s Eve with family and friends. Although we can’t predict how the 2020 holiday season will be affected by the COVID-19 pandemic and resulting social distancing guidelines, data from prior years suggest that traffic on New Year’s Eve could be especially dangerous or even deadly.

A recent analysis by the Insurance Institute for Highway Safety (IIHS) reveals that January 1 is “the deadliest day on average for alcohol-related crashes” in the United States.

While some people will continue to shelter in place for the coming holiday, the National Safety Council (NSC) notes that many who travel for New Year’s Day will be traveling by car – the mode of transportation with the highest fatality rate per passenger mile. Given the increased alcohol consumption during New Year’s Eve celebrations, it’s no wonder that drunk driving accidents are significantly more likely to occur in the hours that follow.

1. Among all New Year’s Eve drunk driving fatalities, IIHS statistics show that an average of 70 Americans are fatally injured each New Year’s Day in crashes involving at least one driver, pedestrian, or bicycle rider with a blood alcohol concentration (BAC) at or above the legal limit of 0.08 percent. (IIHS)

2. Sixty-two percent of New Year’s Eve crash deaths are the result of alcohol impairment, which is nearly twice the overall average rate of 35 percent for the remainder of the calendar year. (IIHS)

3. An average of 300 Americans are killed in drunk driving accidents during the week of Christmas and New Year’s Day. (USDOT)

5. Drunk driving was responsible for more than a quarter (28 percent) of the deaths in December traffic crashes during those years. (USDOT)

6. The NSC estimates that between 308 and 467 Americans may die in traffic collisions during the 2021 New Year’s Day holiday period. (NSC)

7. The NSC also estimates that 35,200 to 53,300 people will likely sustain nonfatal injuries in vehicle crashes during the coming holiday period. (NSC)

8. Seat belts will save an estimated 152 lives during the New Year’s Day holiday period, and 89 additional lives could be saved during this period if everyone on the road wears safety belts. (NSC)

9. Throughout 2018, 29 percent of all traffic fatalities involved a driver with a BAC exceeding 0.08, as compared to 39 percent that occurred during the 2018 New Year’s Day holiday period alone, highlighting the increased danger posed by drunk drivers during the holidays. (NSC)

No matter how cautious you might be behind the wheel, there may be no way to avoid a collision with a drunk driver. So, despite your best efforts, what happens if you are injured in an accident with a drunk driver this New Year’s Eve?

How a Personal Injury Lawyer Can Help

If you are involved in a New York drunk driving accident on New Year’s Day (or any other day of the year), one of the most important steps you should take is to hire an experienced car accident lawyer to represent you.

When you work with us, our nationally-recognized attorneys can immediately work to secure crucial evidence and build the strongest possible case on your behalf. You shouldn’t have to pay for another person’s negligence and poor decisions, and we’re ready to aggressively seek the maximum amount of compensation to which you are entitled.

We have won more than $1 billion for people just like you. Because we work on a contingency fee basis, you won’t owe anything unless and until we successfully resolve your case.

Contact us today for a free legal strategy session and let us help you seek the justice that you deserve.