Verification ×
Skip Navigation
Home Blog How Likely Are You To Get Into A Motorcycle Crash?

How Likely Are You To Get Into A Motorcycle Crash? 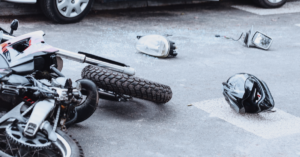 Motorcycle riding can be a lot of fun, but it also carries plenty of risks. Motorcyclists in New York experience a greater crash rate and a much higher fatality rate than passenger vehicle drivers. Some of the reasons for this are that motorcycles provide less physical protection for riders, and they are less stable and more difficult to operate. Passenger vehicle drivers may also have difficulty seeing motorcyclists on the roadways.

At Finz & Finz, P.C., our skilled and compassionate injury lawyers will fight tirelessly for the financial recovery you deserve following your motorcycle accident. We focused exclusively on personal injuries. For more than 35 years, we have been committed to helping motorcycle accident victims. We have a long successful track record. Our attorneys have netted six- and seven-figure verdicts and settlements for personal injury victims in New York. To schedule a free and confidential consultation with our experienced motorcycle accident attorneys, call today at 855-TOP-FIRM.

The National Highway Traffic Safety Administration reports that 13 out of every 100,000 cars are involved in a deadly accident. However, motorcycles have a fatality rate of 72 per 100,000. Motorcycle riders are also at a higher risk of fatality per mile traveled. For every mile traveled in 2017, the number of deaths on motorcycles was nearly 27 times the number in cars.

The most dangerous time for motorcyclists is their first year, according to The Insurance Journal. The first 30 days are actually four times riskier than a rider’s entire second year. The Journal also reported that condensed, fast-tracked motorcycle courses might actually increase crash risks.

In 2015, New York City recorded its fewest number of motorcyclist fatalities since 1998, according to the New York City Department of Transportation (DOT).

DOT reviewed the motorcycle crash data in New York City and found that:

Motorcycle accidents are often the fault of another motorist on the road. Motorcycles can be difficult to see, and passenger vehicle drivers are not typically watching out for them.

Some of the common causes of motorcycle accidents include:

Have you or a loved one been seriously injured in a motorcycle accident in New York that was caused by someone else? If so, you deserve financial compensation for all the losses you have suffered. Don’t delay in contacting an experienced New York motorcycle accident lawyer.

The personal injury lawyers at Finz & Finz, P.C. can help you seek the recovery that you are entitled to. Call now at 855-TOP-FIRM to schedule a free initial consultation with our highly skilled and compassionate New York motorcycle accident attorneys.