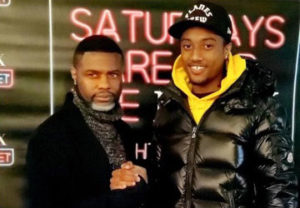 The Devante Lane Scholarship was established after the tragic death of Devante Lane, a 22-year-old recent college graduate from the Bronx who was the unintended victim of gun violence in New Rochelle, New York.

Devante is remembered as a smart, considerate, and loving son whose smile would light up the room. Jerome Lane, Devante’s father, is a longtime employee of Finz & Finz, P.C. In honor of Devante and to help curb gun violence in New York City and across the State of New York, Finz & Finz, P.C. has set up the Devante Lane Scholarship to help Bronx residents fund their college education and promote education over violence.

Applicants must submit an essay that answers the following question: “How would you use your college education to give back to the Bronx community and reduce the epidemic of gun violence in New York?”. Scholarships will be awarded as follows: first place – $1,000, second place – $500, and third place – $250, with the winners to be determined by a selection committee, including Devante’s parents.

On October 20, 2020, News 12 produced and televised a feature story on the newly formed Devante Lane Scholarship. During the interview, Jerome expressed how profound a loss Devante’s passing was for the Lane family and described his son’s creativity and passion for the arts. Devante loved fashion as well and would often model the latest trends.

“He was my world; he was my only son,” Jerome told News 12. “He wanted to be a graphic designer. He was into his music and was part of a rap group. He just had a lot of things going on, and his life was cut too short.”

After Devante’s passing, Senior Trial Attorney and CEO Stuart L. Finz, who has known Jerome for more than three decades, decided to take action by establishing the scholarship in Devante’s honor.

“I wanted to do something to help stop this senseless violence,” Mr. Finz told News 12. “Not only will it be helping young students who want to go to college with a financial reward for winning the scholarship, but I think we’ll be doing something much greater than that on a much broader span, and that is to help the community of the Bronx and other neighboring communities put an end or at least slow down this rapid growth of gun violence.”

How to Apply for the Scholarship and Who Qualifies

The Devante Lane Scholarship is open to Bronx residents who are enrolled in high school or college. Applicants aged 17 or younger must have consent from their parents to apply.

Submissions opened on August 15, 2020 and the deadline is December 15, 2020. Winners will be announced on December 29, 2020.  Applicants who submit plagiarized essays will be disqualified. The committee’s selection decisions are final. If you have questions about the scholarship, please feel free to contact the selection committee at DevanteLaneScholarship@FinzFirm.com.