Verification ×
Skip Navigation
Home Blog Can Insurance Adjusters Spy on You After an Accident in New York?

Can Insurance Adjusters Spy on You After an Accident in New York? 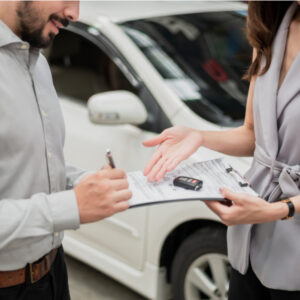 You suffered injuries in a car accident in New York. Now it’s time to seek compensation from the at-fault party for your injuries. In most instances, your primary opponent won’t be the other driver involved in the accident. Instead, you will need to worry about the other driver’s insurance company. Most car accident cases resolve through insurance settlements. But the other party’s insurer will often go to great lengths to minimize the amount they have to pay in a claim. This could include hiring a private investigator to monitor your activities and look for evidence they could use to deny or reduce the value of your claim.

The New York car accident lawyers at Finz & Finz, P.C. can help. We’re a third-generation personal injury firm and have recovered more than $1 billion in compensation for our clients. Our top trial lawyers will keep the insurance investigators off your back and work to maximize the compensation you can receive for your injuries. For more information, contact our office for a free consultation.

Is it Legal for Insurance Companies to Spy on You in NY?

The general rule for private investigators hired by insurance companies is that they are only allowed to surveil you in public places and collect public information about you. This means that an insurance investigator can follow you around as you’re running errands or doing other things in public, but they can’t break into your home or hack your phone. However, an insurance investigator can monitor what you’re doing if you can be seen at your home from a public street (e.g., sitting on your front porch).

Insurance companies can also monitor your online activity, such as your public social media profiles. This is a prime reason to stay off social media after an accident. You don’t want to give an insurance investigator any ammunition that could be used to deny your claim or reduce your compensation.

Why Do Insurance Adjusters Spy on People After a Car Accident?

Insurance investigators spy on people after a car accident because they’re concerned about fraud. The logic goes that if they’re going to pay a claim, they want assurance that the claimant suffered genuine injuries. If a person claims to have severe whiplash due to an accident, but an insurance investigator sees them dancing in a nightclub, that may indicate a fraudulent claim.

There are cases where people attempt to defraud an insurance company by making up or exaggerating the injuries they sustained in an accident. However, insurers are looking for excuses to deny or reduce the value of a legitimate claim in many cases. Insurance companies make money by paying out as little as possible, even in cases where someone was truly injured and deserved compensation for their injuries.

To avoid running into any issues with insurance companies and their private investigators, get help from a top-tier car accident lawyer at Finz & Finz, P.C. We can protect your claim and advise you on what to do if an insurance investigator oversteps their bounds.

Ways Insurance Companies Can Spy on You

Here are a few of the ways insurance investigators can legally spy on you after an accident:

Here are the main steps to take if you think an insurance investigator is monitoring your activities:

Is an insurance investigator harassing you after a crash? Turn to the New York City car accident attorneys at Finz & Finz, P.C. to get them off your back. Our top-tier lawyers know the tactics insurance companies use to minimize claims and will help you avoid the common pitfalls that can sink personal injury claims. Contact us today for a free and confidential consultation.