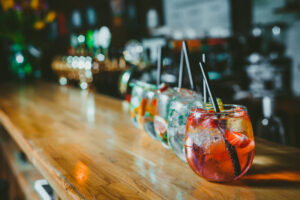 While it can be fun to enjoy a night out drinking with friends and family before the holiday, statistics show that Blackout Wednesday is a particularly dangerous tradition that results in many fatal drunk driving crashes.

If a drunk driver has injured you, don’t let their poor decisions ruin your life and your future. Contact the New York car accident attorneys at Finz & Finz, P.C. today to discuss your case and learn about how we might be able to help you pursue the compensation you deserve. We offer a free, no-risk consultation to all prospective clients.

According to the U.S. Department of Transportation, there were 135 impaired drivers involved in fatal crashes on Blackout Wednesday from 2015 to 2019. On top of that, more than 800 people died in drunk driving-related crashes throughout the Thanksgiving holiday across that same five-year period.

The Department also notes in its 2021 Thanksgiving Buzzed Driving Fact Sheet that during the 2019 Thanksgiving holiday, from Wednesday evening to early Monday morning, more than four times as many motorists involved in deadly collisions were alcohol-impaired during the nighttime hours as opposed to daytime.

Because the risk of being involved in an accident with an impaired driver increases significantly over the holidays, it’s essential to know how to prevent buzzed and drunk driving in the first place.

In its Buzzed Driving Fact Sheet, the Department of Transportation recommends that people who are going out to celebrate should plan ahead. Here are some tips you should follow to prevent impaired driving accidents:

Effects of Alcohol On a Driver

According to the National Highway Traffic Safety Administration (NHTSA), alcohol affects driving ability in myriad ways. Some of the common ways that alcohol impacts a motorist’s ability to drive safely include:

For more information about the effect that alcohol and drugs have on driving, check out the NHTSA’s page on drunk driving.

Signs of an Impaired Driver

Drunk driving remains a huge problem in the United States, which is why it is more important than ever to know how to spot an impaired driver. If you encounter an impaired driver on the road, maintain a safe distance from the driver and call law enforcement.

Some of the common signs of an impaired driver include:

By familiarizing yourself with the signs of impaired driving, you can take steps to protect yourself and others from becoming a DUI accident victim.

Did a Drunk Driver Injure You This Holiday Season? Contact Us Today

If you were injured in an impaired driving accident on Blackout Wednesday, contact the experienced drunk driving accident attorneys at Finz & Finz, P.C. on Long Island to discuss your case and your legal options. Contact us today at 855-TOP-FIRM or contact us online for a free, no-obligation consultation.