Will I Be Safer in an Electric Car during an Accident? 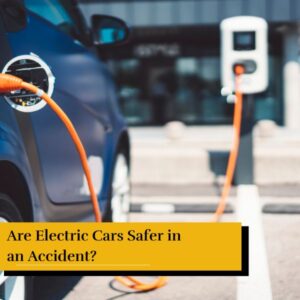 There are many reasons to drive an electric car over a non-electric one, such as lower emissions, less maintenance, and better performance. However, you also want to know you are safe while driving your car. Electric cars have a reputation for being safer than other vehicles. But is that reputation earned?

Keep reading to find out.

While research into the safety of electric cars is ongoing, there are some worrying reports about their dangers. Some of the reasons electric vehicles may not be as safe as conventional gasoline-powered cars include the following:

According to one news report, electric cars are more likely than conventional cars to cause accidents that result in vehicle damage. Researchers attribute this heightened risk to two factors:

Here are a few statistics about electric-car accidents that demonstrate how dangerous these collisions can be:

So Are Electric Cars Safer in Collisions?

While early evidence suggests electric vehicles are not as safe as manufacturers claim, more research is needed before the verdict can be rendered. So if you were struck and injured by an electric vehicle, contact Finz & Finz, P.C. today for a free consultation with an electric car accident lawyer in New York.