Verification ×
Skip Navigation
Home Blog Who Is At Fault In A Rear-end Collision?

Who Is At Fault In A Rear-end Collision? 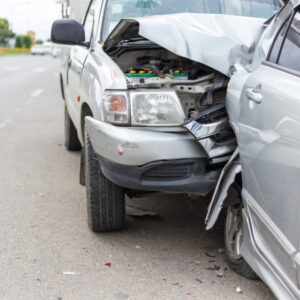 If you’re a motorist in New York City and another driver hits you from behind, you could experience whiplash, among other injuries. Whiplash is a soft-tissue injury that typically occurs when the head and neck jerks violently back and forth in a collision, causing the muscles, tendons, and ligaments in the neck and shoulders to tear. Whiplash and other injuries could result in hefty medical bills and could prevent you from being able to do your job and earn a living.

In many states, the person who was at fault for the accident is responsible for compensating the injured party. But New York is a no-fault state, which means that your own insurance company will be required to cover the cost of your medical bills and other costs associated with the accident unless you are severely injured.

If you have been injured in a rear-end accident in New York, the knowledgeable rear-end collision attorneys at Finz & Finz can help you navigate the process of claiming the compensation that you need to recover financially after the accident.

What Is A Rear-end Accident?

There are a few common causes of rear-end accidents in New York:

Who Is At Fault In A Rear-end Accident?

The driver in the back is generally considered to be at fault in most rear-end collisions. In most states, the at-fault driver is responsible for paying medical expenses to the driver they collided with. But New York is a no-fault state, which means that you will turn to your own insurance policy to provide coverage for any medical expenses caused by the car accident, regardless of who caused it.

Under New York’s no-fault coverage, your policy will typically pay:

Under New York state law, you have 30 days from the date of the accident to claim compensation.

Can I Sue The Other Driver For Damages?

In New York, even if you were not at fault for the accident you will typically first turn to your own insurance provider for benefits. However, if the medical costs and other costs associated with the accident exceed your policy limits, then you could pursue legal action against the motorist who rear-ended you.

In order to do this, you need to be able to prove that you have reached a no-fault threshold. To reach this threshold in New York, you’ll need to be able to show that the financial losses resulting from the accident were greater than $50,000, the typical New York policy limit. You could also potentially pursue legal action if the accident caused serious injuries, as laid out under New York state law.

What Is “Serious Injury” Under New York State Law?

Under New York state insurance laws, “serious injury” refers to a personal injury causes any of the following:

If you meet the no-fault threshold, you can also pursue compensation for non-economic damages, such as pain and suffering. Pain and suffering includes things like emotional trauma, mental anguish, and loss of enjoyment of life resulting from an accident. You can also separately pursue a wrongful death suit against the person who caused the collision if the rear-end accident caused the death of a family member or loved one.

How To File A Personal Injury Lawsuit

If you meet the no-fault threshold, then there are several steps you need to take in order to pursue compensation against the at-fault party.

How A New York Car Accident Lawyer Can Help

If you’ve been injured in a rear-end accident, the New York and Long Island car accident attorneys at Finz & Finz, PC could help you seek the compensation you need and deserve. Contact us today at 855-TOP-FIRM for a 100% free consultation.