The Dangers of Sanitation Truck Accidents in New York 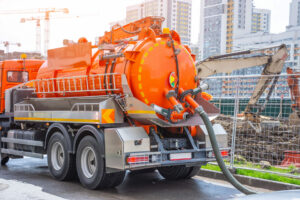 Sanitation trucks provide an essential service that keeps our neighborhoods clean, but they can also pose safety risks to pedestrians, bikers, and motorists, particularly if truck drivers and sanitation companies fail to exercise adequate care and caution.

If you have been seriously injured in a sanitation truck accident, then you could be entitled to recover compensation for expenses related to your injuries including hospital bills, lost wages, and more. The sanitation truck accident attorneys at Finz & Finz, P.C. on Long Island have the knowledge and resources to help you seek the compensation you need to recover after an accident. Contact us today for a free consultation to discuss your case.

Private Sanitation Trucks Are More Dangerous Than Ever

Sanitation truck accidents can cause serious and life-altering injuries to motorists, cyclists, and pedestrians who are involved in accidents caused by negligent truck drivers. Due to their size, it is incumbent upon sanitation truck drivers to exercise extra caution, particularly in areas where there is heavy foot traffic and pedestrians, such as neighborhoods. Unfortunately, with so much trash to pick up each day, these companies often take risks, unnecessarily putting others in danger.

Some of the most common causes of private sanitation truck accidents include:

Sanitation truck drivers work long hours and work on tight deadlines. Some work 14-18 hours a day, hauling trash all over New York City. Very few sanitation truck drivers, if any, could be described as well-rested. Driver fatigue is a major issue in the private sanitation industry and private sanitation companies have done very little to combat it. Fatigued drivers may experience a general lack of alertness, impaired judgment, inability to concentrate, and a delayed reaction to traffic situations and road hazards, which can lead to accidents.

Because private sanitation drivers work on tight deadlines, often throughout the night, they frequently drive in a manner that could be described as reckless. Private sanitation truckers are regularly pressured by their bosses to rush. This leads to dangerous driving behaviors including:

What is NYC Doing About This Issue?

The bill promises sweeping changes, though it remains to be seen what effect the bill will have on-street safety. The bill has not yet been fully implemented as of 2021, and until it is, private sanitation companies will continue to put motorists, pedestrians, and cyclists at risk for the sake of increasing profits.

If you have been injured in a sanitation truck accident in New York City, you could be entitled to compensation for medical expenses, lost earnings, and more. The experienced legal team at Finz & Finz, P.C. is here to help. Our New York motor vehicle accident attorneys have the knowledge and resources to help you investigate the accident, gather evidence, calculate damages, and pursue the compensation you need to recover. Contact us today for a free consultation.