NYC social worker killed after being hit by train in Greenport 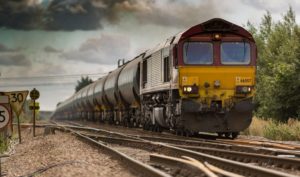 GREENPORT, NY (COLUMBIA COUNTY) – A social worker from New York City died after she was struck by an Amtrak train in Columbia County on Friday night.

According to the Mid Hudson News and WPDH, the accident happened about a mile and a half north of the Hudson train station and was reported to 911 at approximately 7:45 p.m.

54-year-old Anna Podgorbunski was walking northward along the railroad tracks for reasons that as of yet remain unclear when she was struck by the southbound train. Podgorbunski died at the scene.

Agencies from Columbia County, Hudson, and Greenport responded to the accident, which was ultimately determined to have occurred in Greenport.

The train involved in the collision was Amtrak train number 64, heading from Niagara Falls to Penn Station in New York City. It departed just after 12:15 p.m. The collision led to the closure of the tracks for some time as authorities investigated the pedestrian-versus-train collision. Investigators held the train, with passengers still inside, for about two and a half hours. Train traffic was allowed to resume at approximately 10:15 p.m.

Podgorbunski reportedly worked as a psychotherapist and as a social worker. Her Facebook profile indicating that she had recently worked as a therapist at the Hope Center. She was described by another therapist on her LinkedIn profile as a “brilliant young social work professional.”

The train accident remains under investigation by the Columbia County Sheriff’s Office.

Finz & Finz, P.C. has over three decades of experience helping train accident victims get the justice that they deserve. If you or a loved one have been injured or killed in an accident involving a train or a tram, contact Finz & Finz, P.C., as you may be able to receive compensation for pain and suffering, medical bills, lost earning potential, and other expenses. Call the New York train accident injury lawyers today at 855-TOP-FIRM, or fill out our online contact form, for a free consultation.