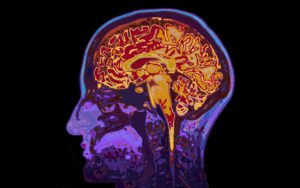 He was a brilliant young neurosurgeon (I’ll call him Dr. Jones). He became a neurosurgical rock star overnight and was heralded as the scientist who finally developed the cure for Parkinson’s disease (PD). PD is an insidious disease that affects the central nervous system caused by damage to nerve cells in the brain. From the 200,000 new victims each year, you will hear and see that there are multiple tremors, spontaneous spasms, and uncontrollable body movements. A fancy medical term for these responses is called dystonia. But enough of that! Back to Dr. Jones…

First described by James Parkinson in 1817 (although it dates back to ancient times), there has never been a cure. That is, not until Dr. Jones announced to the world (some years ago), that he discovered the key that would unlock a debilitating neurological disease that so cruelly compromises the human body as to lead a victim of PD to an early death through its complications. As stated, there had never been a cure for PD, until Dr. Jones made his spectacular announcement to the scientific world, that he had found it!

Invited to address dozens of neurological science groups throughout the world, he was like a gold medal Olympic runner who crossed the finish line while others were still far away. Yes, indeed! Dr. Jones was marveled as the “boy wonder” who at last found the cure for Parkinson’s disease. And here it is—but… was it a cure, or was it a curse?

Briefly stated, and after enormous research of the portion of the brain that controls body movements, Dr. Jones reached his conclusion. If he could destroy the brain cells that triggered the tremors, spasms, and uncontrollable body movements, he would be on the right track to finding a cure for PD. His theory was to remove the bad acting cells, and, he postulated, it would produce a remarkable beneficial result.  With that plan, he gathered a number of seriously affected PD volunteers to validate his theory. These severely compromised patients, all of whom gave their consent, made up the participants for his clinical trials. He began with one whose tremors were violent and had him admitted to the hospital in which Dr. Jones had privileges. Admitted into the OR, Dr. Jones, with nurses and assistants, began his surgery as follows…

Using multiple intersecting cameras, he started what was called stereotactic surgery. In essence, the cameras produced a series of intersecting lines all aimed at the target cells in the brain (almost akin to a bombardier of a B29). As he zeroed-in onto the precise spot, he then used a drill-like tool and drilled a hole through the skull that would line up exactly with the intended target. Once accomplished, he inserted a thin cannula (similar to a straw) into the hole until it made contact with the offending brain cells.

Of course, the procedure was all guided by the various intersecting cameras. Next, he performed cryosurgery (frozen nitrogen) by introducing the frozen nitrogen into the cannula which showered the targeted brain cells in order to destroy those responsible for the Parkinson tremors.

Amazingly, within weeks, all such voluntary patients who received the experimental surgical procedure reported that their tremors and uncontrollable body spasms had miraculously vanished. It was an incredible find enabling Dr. Jones to announce to the scientific world community that he discovered the cure for Parkinson’s. Stardom followed! He was the talk of world-renowned scientists! Many called him a “boy wonder” and a solid candidate for the Nobel Prize!

But, now, the curse… after many months following cryosurgery, the tremors, and uncontrollable body movements started to return… but they were worse than what the patients suffered before the surgery. Many developed garbled speech that was not understandable. In addition, some were unable to maintain their balance as a result of the new violent body movements they now encountered. Aside from these unfortunate results, those patients operated upon by Dr. Jones when “PD was cured”, suffered the same disastrous results, many of whom brought malpractice suits against him. That’s where we came in. We were retained in a number of those cases. Eventually, proceeding through the court system, all were settled for fairly substantial amounts.

With it all, and despite Dr. Jones’s native brilliance and meritorious intentions, he had driven on the wrong side of the road that led him to an unfortunate destination. As such, with stardom that evaporated, he was withdrawn from scientific adulation. And as the final curtain dropped, the distressful truth remained—that even to this day there still is no cure for Parkinson’s disease! End of story.

Finz & Finz, P.C. has been litigating medical malpractice cases for nearly forty years. Our skilled medical malpractice lawyers, paralegals, and legal nurse consultants employ their expertise, experience, and know-how to identify departures from good and accepted medical practice (even when those departures are well-intentioned) in order to maximize the outcome of every case.