CROWN HEIGHTS, BROOKLYN, NY – Police said a car that was involved in a drag race struck and killed a woman in Brooklyn, according to the New York Post. 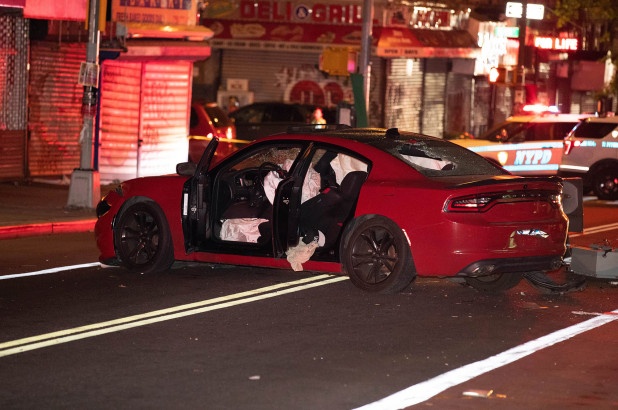 The incident occurred early Monday morning in the vicinity of Eastern Parkway and Utica Avenue in the Crown Heights section of the borough. According to the NYPD, three drivers were drag racing at about 3 .m. when one of the drivers jumped a curb. The vehicle, a Dodge Charger, hit a woman and her husband while they were standing on the sidewalk waiting at a bus stop.

The 20-year-old woman was pronounced dead at the scene. Her husband, age 23, sustained a leg injury and was hospitalized in stable condition at Kings County Hospital Center.

Authorities said the driver of the Dodge Charger that hit them abandoned their car, got into one of the other vehicles and left the scene. The car that fled, a black and silver sedan, is now being sought by police.

If you or someone you love has been the victim of a car accident caused by someone else’s negligence, our compassionate New York car accident lawyers are ready to help you fight for compensation and justice. At Finz & Finz P.C. we have more than 35 years of legal experience helping car accident victims obtain the financial recovery they need for medical treatments, lost wages, and pain and suffering. Call 855-TOP-FIRM to set up a free and confidential consultation.