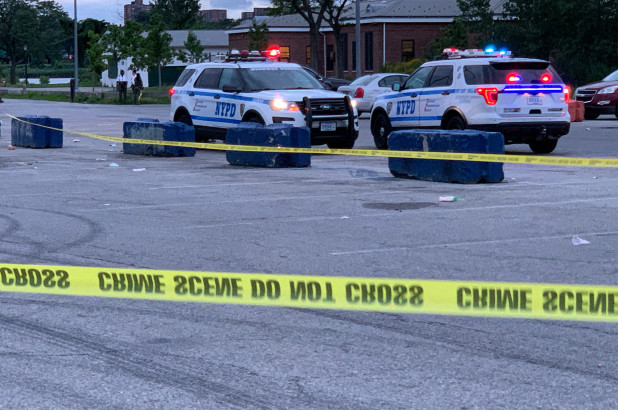 The incident happened while the boy was with his parents at the Flushing Meadows Corona Park Boathouse shortly before 6 p.m. Investigators said the child was struck by a dirt bike driver who was riding between cars through the parking lot. The rider took off after the crash and has not been located.

The child was critically injured with head and body trauma and was transported to Cohen Children’s Medical Center.

Police are now searching for a black and gold dirt bike believed to have been involved, and said the driver was a male in his teens or early 20s.  The NYPD said it appeared the driver’s excessive speed in the parking lot was a contributing factor, according to the New York Post.

Anyone with information was asked to contact the NYPD’s Crime Stoppers Hotline. A $10,000 reward was being offered for information leading to an arrest and conviction in the case.

If you or someone close to you has been injured in a motor vehicle accident caused by the carelessness or neglect of another person, the experienced legal team at Finz & Finz P.C. is here to help. Our New York motor vehicle accident lawyers have handled thousands of motor vehicle accident cases for clients throughout New York and nationwide, and can help you seek fair and just compensation in the event of an unfortunate accident. Contact us today at 855-TOP-FIRM to set up a free and confidential consultation where we can review your case and your legal options.