EAST NEW YORK, BROOKLYN, NY – Police say they have identified the vehicle believed to have been involved in a deadly hit-and-run crash in East New York, Brooklyn last week, according to WABC. 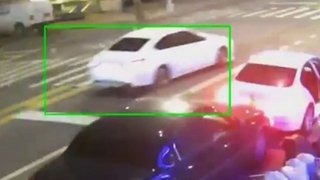 The NYPD released a surveillance photo of the car they are looking for in the case, a white Nissan Altima. The victim was an MTA bus operator, 38-year-old Oscar Holford.

According to police, Holford was crossing the street near his home in the area of Pitkin Avenue and Shepard Avenue on March 12 when he was struck by a vehicle at about 10 p.m. He was pronounced dead at an area hospital three days later.

Investigators said the vehicle was headed west on Pritkin Avenue when it struck the victim and was last seen on Dumont Avenue before leaving the scene.

Holford, a father of five, had been an MTA bus driver for 14 years and worked out of the MTA’s Fresh Pond depot in Queens.

Anyone with information regarding the crash was asked to contact the NYPD’s Crime Stoppers Hotline.

When you have lost a loved one in a pedestrian accident caused by a hit-and-run driver, do not hesitate to consult a skilled personal injury lawyer who can guide you through the legal process. The New York pedestrian accident attorneys at Finz & Finz, P.C. have the knowledge and experience you will need. We aggressively help our clients fight for justice and compensation in the aftermath of an accident caused by a careless or negligent driver. To learn more about how we can help, contact Finz & Finz, P.C. toll-free at (855) TOP-FIRM.