BRONX, NEW YORK, NY – A 56-year-old pedestrian died after being struck by an FDNY ambulance in the Bronx early Sunday morning, the Daily News reports. 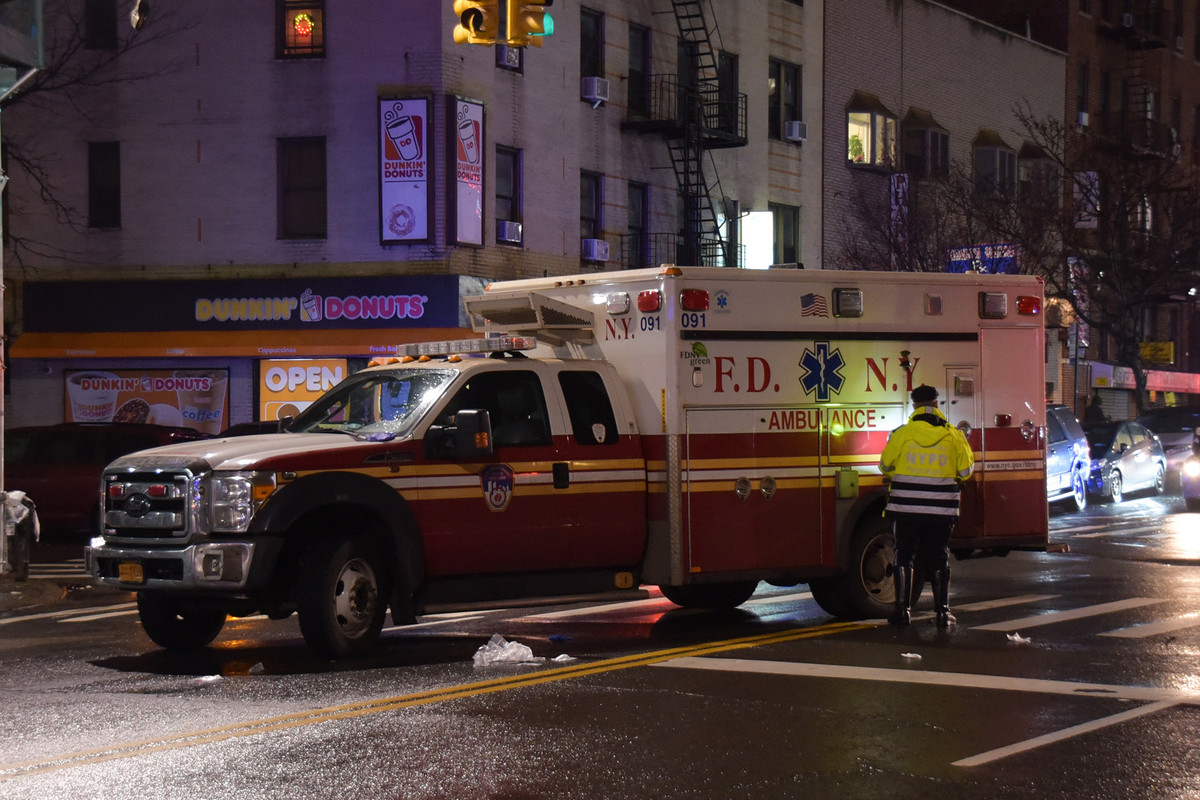 (Photo from The Daily News)

The accident, which was captured on surveillance video, occurred on East Gun Hill Road and DeKalb Avenue in the Norwood section of the borough at about 1:15 a.m. An EMT driving the ambulance had made a left turn onto East Gun Hill Road when the vehicle struck the pedestrian, who had entered the crosswalk with a steady walk signal.

Another ambulance came to the scene and the pedestrian was rushed to North Central Bronx Hospital, but he could not be saved. The victim’s name was not immediately released.

Sources told the Daily News the ambulance was not on the way to an emergency and did not have its lights and siren on at the time of the accident. It had just left North Central Bronx Hospital.

The ambulance driver stayed at the scene following the crash and so far no charges have been filed.  The accident remains under investigation by the NYPD’s Highway Collision Investigation Squad.

Have you or a loved one been struck by a vehicle on the streets of New York or Long Island? Then contact the New York pedestrian accident lawyers of Finz & Finz, P.C. today to schedule a free consultation regarding your case. We help pedestrian accident victims throughout the New York area, and can put our experience to work on your behalf to secure the financial compensation you deserve. To find out how we can help in your particular case, contact us today at 855-TOP-FIRM to learn more about your family’s legal options.