Pedestrian and a Driver Critically Injured in Collision in Brooklyn

BROOKLYN, NY – A Lamborghini crashed into another car early on Monday morning, causing the driver to strike and injure a nearby pedestrian. 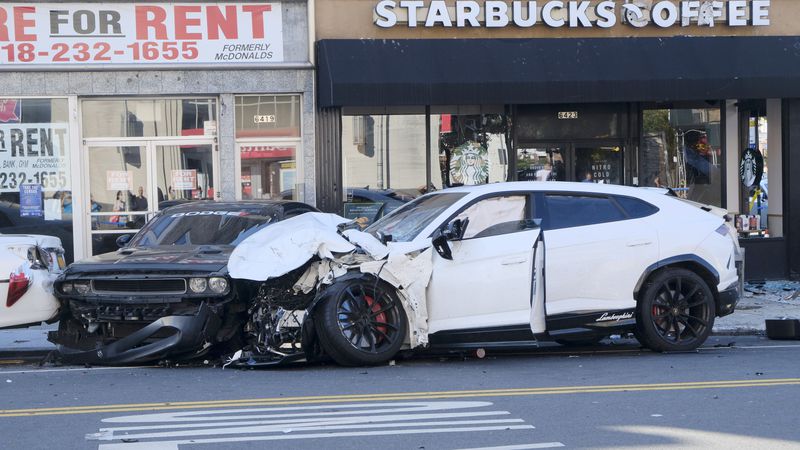 According to The New York Daily News, the crash occurred around 4:30 a.m. on July 13. A Lamborghini SUV crashed into a Dodge pickup truck at the intersection of 18th Avenue and 65th Street. The force of the collision pushed the Dodge onto the sidewalk and caused the vehicle to hit the front of a Starbucks coffee shop. The Dodge also crashed into a 30-year-old pedestrian who was walking on the sidewalk at the time of the accident. The impact from the Dodge thrust the pedestrian against the side of the Starbucks.

The 35-year-old man driving the Dodge and the pedestrian both sustained severe injuries from the accident. Medics transported both of the victims to Maimonides Medical Center for treatment. The pedestrian is still in critical condition.

Three men in the Lamborghini were also hurt in the collision and were transported to a local hospital. Officials report that their injuries were not life-threatening.

All three of the men in the Lamborghini claim that they were not driving at the time of the crash. Due to this confusion, the police have been unable to make any arrests or determine the cause of the accident. However, the incident is still under investigation at this time.

Has a reckless driver hurt you or a loved one? If so, you need to seek compensation for your injuries. The New York car accident attorneys at Finz & Finz P.C. are prepared to help you seek justice and financial support after a devastating accident. Contact Finz & Finz P.C. today to set up a free consultation on your case.