QUEENS, NEW YORK, NY – A driver fixing a tire on the Long Island Expressway was struck and killed by a vehicle early Monday morning, according to the New York Post. 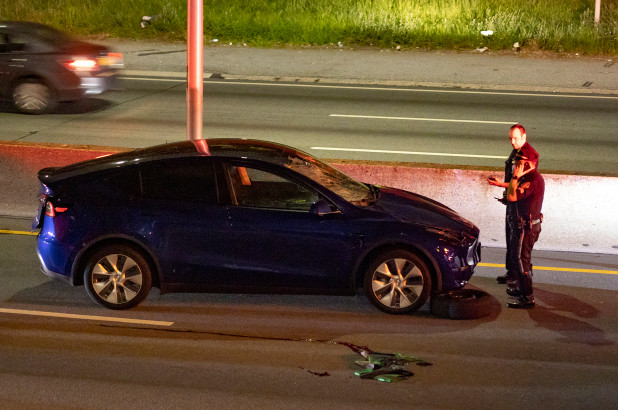 Police said 52-year-old Jean Louis had pulled over on the shoulder of the left lane of the westbound LIE near the College Point Boulevard exit at about 12:10 a.m. so he could repair a flat tire.

He was then hit by an oncoming Tesla that was headed west. Louis, a resident of Cambria Heights, Queens, was taken to NewYork-Presbyterian Queens, where he was pronounced dead.

The driver of the Tesla stayed at the scene following the crash. Police said no criminality was suspected and so far there have been no arrests.

The incident remains under investigation by the NYPD’s Highway Collision Investigation Squad.

According to WCBS, Louis was on the way to pick up his wife from work at a nursing home when the accident occurred.  The westbound lanes of the LIE were shut down for several hours while emergency crews and investigators were at the scene.

At Finz & Finz, P.C. we have a long and successful track record of obtaining substantial settlements for our clients who have been the victims of car accidents. So if you have been injured or lost someone you love in a crash due to another person’s negligence, our experienced New York car accident attorneys will be by your side throughout the legal process.  We will fight on your behalf and help you obtain the financial recovery you deserve from those responsible for your injuries. Contact us today at 855-TOP-FIRM to set up a free and confidential consultation.