BROOKLYN, NEW YORK, NY – Police say a man who was struck by a hit-and-run driver in Brooklyn has died of his injuries, the Daily News reported. 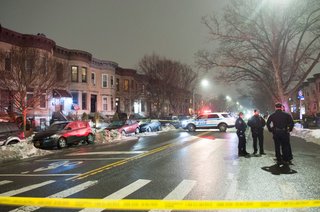 72-year-old Kamel Mahmoud of Bay Ridge passed away at NYU Langone Hospital-Brooklyn, five days after the incident. Investigators said Mahmoud was walking in the crosswalk on Bay Ridge Parkway on Feb. 15 when the accident occurred at about 8 p.m. He was hit by a driver who was making a turn from 6th Avenue. The driver left the scene heading west on Bay Ridge Parkway and has still not been located.  The NYPD said the vehicle involved may have been a Mercedes-Benz.

Police said the driver had a green light while making the turn, but Mahmoud had the pedestrian signal at the time of the crash. The NYPD is continuing its investigation into the case.

The accident happened about 11 blocks from Mahmoud’s home, and his stepson told the Daily News he believed the victim was returning from a mosque when he was hit.