RIVERHEAD, LONG ISLAND, NY – An elderly driver died after his SUV was involved in a collision with a dump truck in Suffolk County last week, the Riverhead Local reports. 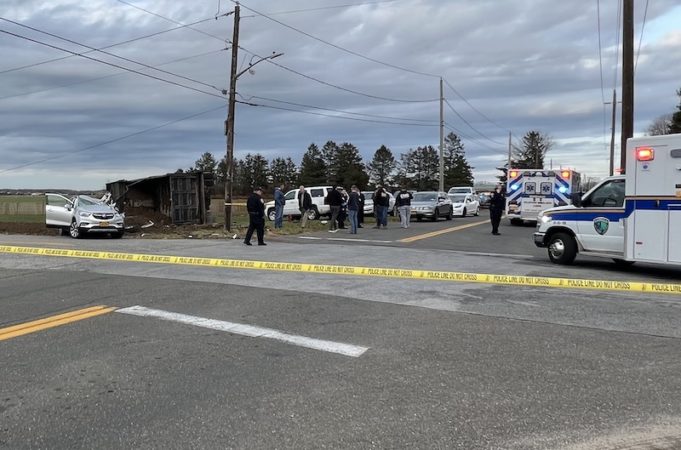 (Photo from the Riverhead Local)

Welby, from Calverton, was pronounced dead at the scene. His passenger, 86-year-old Nora Raughan of Calverton, was taken to Stony Brook University Hospital with injuries that were not believed to be life-threatening.

The driver of the truck, 26-year-old Christopher Watts of Wading River, sustained minor injuries and was taken to Peconic Bay Medical Center.

The accident remains under investigation, and police do not suspect any criminality was involved. Both vehicles were impounded pending safety checks.

Portions of Reeves Avenue and Horton Avenue were shut down for the crash investigation.

Have you or a family member been seriously injured in a car accident caused by another driver’s negligence? Then contact Finz & Finz, P.C., where our New York car accident lawyers regularly help clients who have been the victims of car accidents in New York City and Long Island. We can help you obtain financial compensation to help with your medical bills and other accident-related expenses. Call 855-TOP-FIRM to set up a free initial consultation.