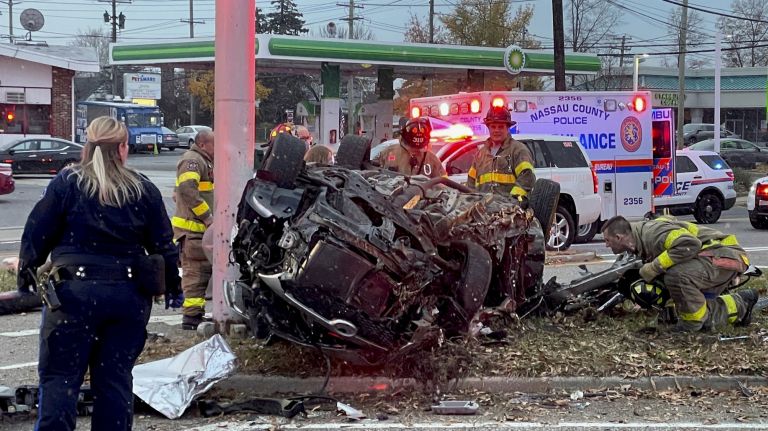 Police responded to the scene of the single-vehicle crash on Marcus Avenue near the intersection with Union Turnpike in North New Hyde Park, Nassau County.

Investigators said a man was behind the wheel of a Toyota Corolla at about 6:50 a.m. when the vehicle overturned and collided with a utility pole.  Two women, ages 71 and 39, were thrown from the car. Both were pronounced dead at the scene. Their identities were not immediately released.

The 41-year-old man who was driving the Corolla was extricated from the car, and was listed in critical condition after being taken to an area hospital.

A witness told CBS New York the car appeared to have been speeding prior to the accident.

Nassau County Police were on the scene for several hours Sunday for the crash investigation.

If you or a loved one have been the victim of a New York car accident, contact a New York motor vehicle accident lawyer at Finz & Finz, P.C. today. We will schedule a free auto accident case evaluation. You’ll speak to a highly experienced lawyer and learn more about your legal rights and options for seeking compensation. To find out more about how we can assist you, contact Finz & Finz P.C. at 855-TOP-FIRM.