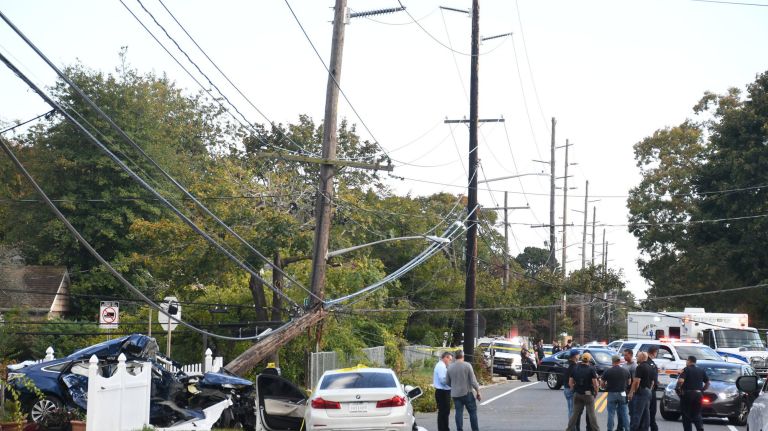 (Photo from the Newsday)

18-year-old Franklyn Charles of West Babylon was taken into custody in connection with the collision that occurred in the area of Little East Neck Road and Lincoln Avenue in Wyandanch.

Suffolk County police said Charles was driving northbound in a BMW at about 3:47 p.m. when he crashed into a Hyundai Sonata that was making a left turn onto Lincoln Avenue. A police officer reported seeing Charles weaving and driving into oncoming traffic before the collision.

The driver of the Sonata, 38-year-old Jennifer Figueroa of Wyandanch, was pronounced dead after being transported to Good Samaritan Hospital in West Islip. Her 11-year-old daughter was seriously injured and treated at the same hospital.

Charles and a 14-year-old passenger were transported to the hospital for evaluation and then released.

Charles now faces charges of reckless endangerment and endangering the welfare of a child.  He was being held on $100,000 bond.

At Finz & Finz, P.C. our New York car accident lawyers regularly help clients who have been the victims of accidents in New York City and Long Island. We have recovered seven-figure settlements and verdicts for our auto accident clients to provide the compensation they need to meet their financial challenges and move forward with their lives. So if you or a family member have been the victim of a crash and are in need of our legal services, call 855-TOP-FIRM to set up a free initial consultation.